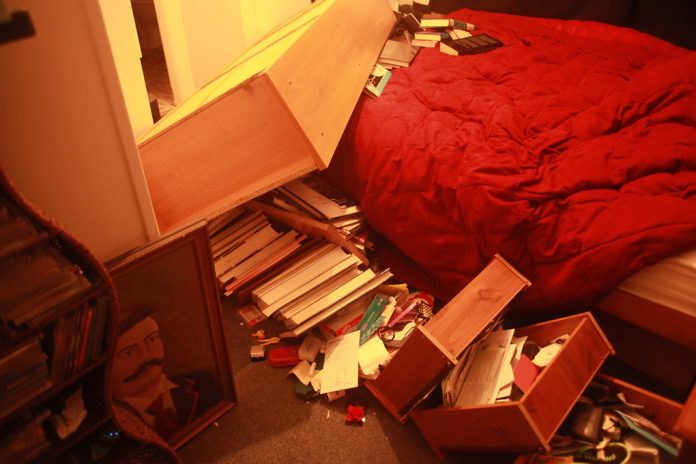 
In January 2021, the Consumer Protection Safety Commission* released a report on the number of accidents involving a piece of furniture or a television falling on someone. Of the 571 fatalities, 469 were children under 18 years. The report covered the years between 2000 through 2019.

In January 2018,** the CPSC released a similar report, which covered the years 2000 through 2017. That period had 542 reported fatalities, of which 450 involved children younger than 14. Nineteen more youngsters lost their lives between the two reporting periods because a tv or a piece of furniture were not anchored. In both studies, the vast majority of deaths involved a television.

Children are at risk of injury when furniture isn’t secured. USCPSC/Flickr CC BY 2.0

Congresswoman Jan Schakowsky, Democrat of Illinois, and fellow sponsor Senator Robert Casey of Pennsylvania, want to make furniture safer with the Stop Tip-Overs of Unstable, Risky Dressers of Youth Act of 2021 (STURDY act). The proposed legislation, first introduced in 2019 and not considered, was reintroduced by Schakowsky and Casey in February 2021. So far, the bill has 15 co-sponsors in the Senate, including Amy Klobuchar of Minnesota, Richard Blumenthal of Connecticut, and Corey Booker of New Jersey.

According to Consumer Reports, current furniture stability standards are voluntary. Manufacturers are not required to conduct safety testing before putting furniture on the market.

If it becomes law, the legislation would direct the CPSC to develop and enforce mandatory stability standards for clothing units, such as chests, dressers, and bureaus. The legislation is supported by several consumer groups including Parents Against Tip-Overs and the American Academy of Pediatrics.