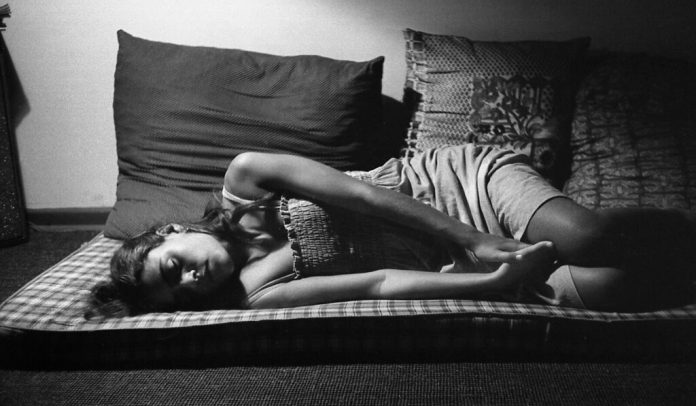 
Thanks to Amerisleep, we know why Tom Hanks’ character was “Sleepless in Seattle” – he had exploding head syndrome.

Using Google’s Keyword Planner, Amerisleep, a memory-foam mattress maker, analyzed four years of sleep-related queries in Google to learn what makes Americans toss and turn at night. For instance, Californians worry about sleep paralysis, while New Yorkers want to tune out snoring. Makes sense if you are nervous about explosive wildfires or living in high-rises with thin-silk walls.

And it makes sense that Kansans are nervous about nightmares (“I’ll get you my pretty, and your little dog too”). So are people in Nevada; wonder how many out-of-towners Googled nightmares while visiting Las Vegas?

In New England, there are a whole lot of people experiencing night sweats — can’t be all menopause- or Tom Brady-related — save for the good folk in Connecticut. They looked up hypoxia, which is a scary condition in which the body’s tissues aren’t getting enough oxygen.

But what’s with the cowboys in Wyoming carking over breathing while sleeping? As for people experiencing exploding head syndrome’s loud, unreal noises, maybe they should cut back on the caffeine.

And heaven knows what’s going on in Montana; the most looked-up term by the good people there was halitosis, or morning breath.

As for the Lone Star state, Texans want to know what their dreams mean. Don’t we all.