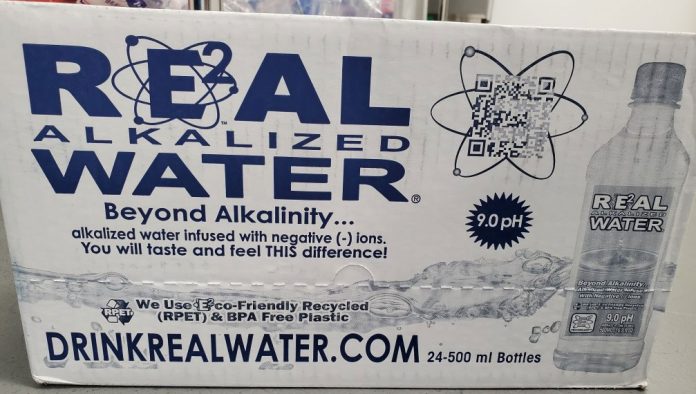 
Last month, we reported on an FDA safety warning that connected Real Water-brand alkaline water to outbreaks of hepatitis. Since then the story has taken crime-novel-like twists and turns including disappearing personnel, roadblocks to keep investigators at bay, and the filing of a lawsuit or two.

The investigation began when the FDA and the Southern Nevada Health District learned that Real Water was the only common denominator among five cases of nonviral hepatitis reported in Mesa, Az. The alkaline-based water is made by Real Water, owned by Affinity Lifestyles and based in Nevada.

On March 24th, Real Water issued a formal recall. A week later, the company was  informed of the investigation’s results.

It turns out, however, that the recent cases investigated by the FDA were only the tip of the iceberg. According to the Las Vegas Journal-Review , nine lawsuits have been filed against the company.

David Hilton Wise, one of the attorneys  representing Real Water customers, described his clients’ conditions   to include “liver failure, hospitalization, fever, vomiting, nausea, loss of appetite, and/or fatigue.” His clients, he said, “would not have purchased the product, or would have paid much less for it, if they knew that they were undertaking a risk to their health by consuming it.”

Another attorney, Will Kemp, who is handling several of the suits, said his firm represents “ dozens ” of clients sickened over a span of five years.

On March 23rd and 25th, the FDA demanded Real Water’s company records. According to the FDA, Real Water wasn’t exactly cooperative, putting up roadblocks to thwart investigators. The company denied investigators access to documents at company locations in Henderson, Nev. and Mesa, Az. On March 23rd, company owner Brent A. Jones posted a video on YouTube,apologizing to customers.

Meanwhile, the FDA said that the company has been changing its distribution information. The agency reported that “a number of distributors” in nine distribution areas covering New York to California, said they had not been notified of the recall as of March 31st.

And now for the suspense. According to the Journal Review,  at a recent hearing Charles LoBello, the attorney Real Water Inc., told a judge that the plant manager and lead technician couldn’t be found. Nevertheless, the most recent Journal-Review update said the company pledged to “cooperate in every way possible” with ongoing litigation efforts and would be turning over equipment used by the company for detecting water contaminants.

As of this writing, Real Water’s website is “down for maintenance.”  Affinity Lifestyles, on the Gust platform and dated 2018, makes no mention of its water’s troubles.

Not safe for you or your pets

A formal recall has not been issued, but the FDA is recommending discontinuing the purchase, sale, and use of Real Water. If you have the product and are experiencing any of the above symptoms, contact your doctor. This product was also sold online.

As of this writing, the website is “down for maintenance.”  Affinity Lifestyles, on the Gust platform and dated 2018, makes no mention of its water’s troubles.

Sean Marsala is a health writer based in Philadelphia, Pa. Passionate about technology, he can usually be found reading, browsing the internet and exploring virtual worlds.