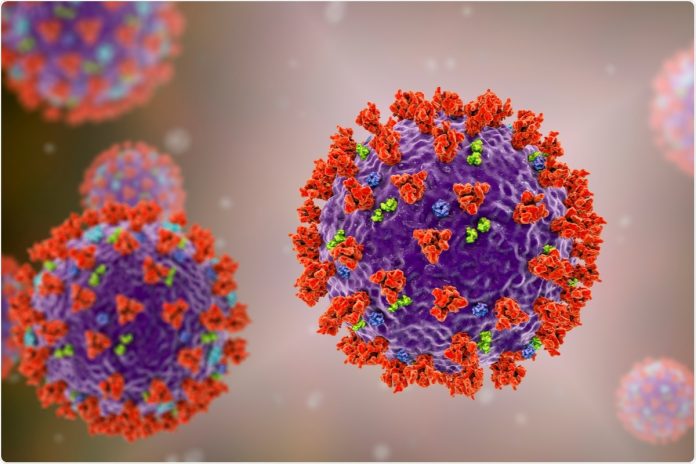 
It is now widely known that the severe acute respiratory syndrome coronavirus 2 (SARS-CoV-2), which is the causative agent of coronavirus disease 2019 (COVID-19), spreads via respiratory droplets. The persistence of the aerosol in the environment largely determines the success of the viral transmission.

In addition, the virus-laden droplets can also deposit on various surfaces by forming a fomite. While wearing masks and maintaining social distances help to mitigate the spread of the virus, the common surfaces that we touch contribute to this secondary source of viral transmission.

When a respiratory droplet from a COVID-19 infected person or an asymptomatic carrier lands on a surface, it is highly potent for transmissibility. Although about 99% of the liquid evaporates from the droplet, a thin layer of moisture remains, which keeps the virus viable. While frequent sanitation or the application of cold atmospheric plasma (CAP) onto surfaces may inactivate SARS-CoV-2, thus reducing the risk of infection through the fomite route, these methods are usually inconvenient. 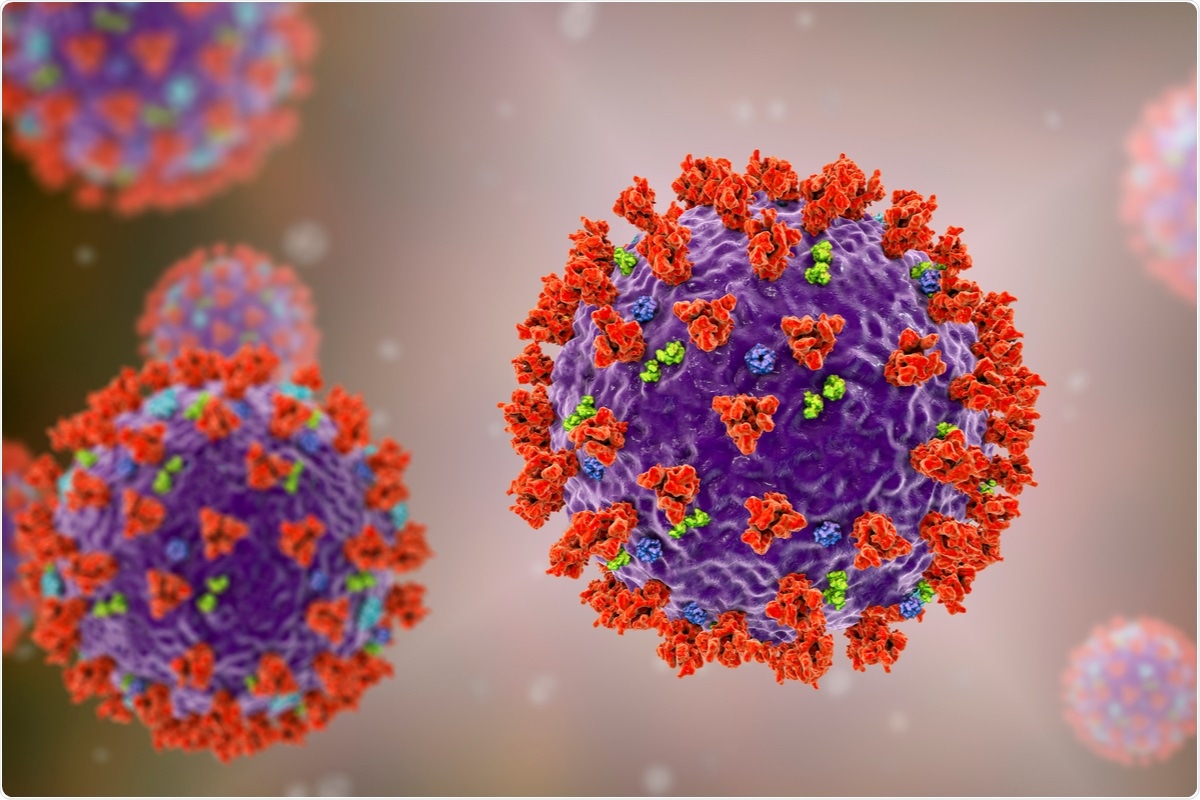 In an effort to improve surface decontamination methods, researchers from the Indian Institute of Technology (IIT), Bombay, looked at fabricating surfaces with virucidal properties. More specifically, these scientists investigated surface properties that could prevent the survival of viruses on these surfaces, particularly SARS-CoV-2.

The team’s study, which was recently published in Physics of Fluids, demonstrated how the evaporation rate of residual thin films on surfaces can be accelerated by tuning the surfaces’ wettability and creating geometric microtextures on them.

To this end, the researchers identified the optimum range for the intrinsic wettability and roughness of surfaces. Surfaces that exhibit these properties were associated with the fastest thin film evaporation rate and, as a result, the most conducive virucidal effects.

In terms of physics, the solid-liquid interfacial energy is enhanced by a combination of our proposed surface engineering and augmenting the disjoining pressure within the residual thin film, which will speed the drying of the thin film.”

Sanghamitro Chatterjee, lead author and a postdoctoral fellow in the mechanical engineering department.

The dynamics of the droplet decide the transmissibility of the virus. These influential droplet properties include evaporation rate, drying timescale, the volume loss of the respiratory droplet, as well as the time decay of the virion concentration.

A previous study by the same group of researchers demonstrated that the evaporation rate of the residual thin film is much faster on porous surfaces than impermeable surfaces, thus making those surfaces less susceptible to virus survival. This reduced viability of viruses is believed to be due to the presence of horizontally oriented fibers and void spaces, which alter the effective solid-liquid (SL) interfacial area and subsequently induce an augmented disjoining pressure to arise within the thin film.

Motivated by this study, the IIT researchers analyzed the drying of a respiratory droplet and its residual thin film on physically textured surfaces with varying wettability. Following these observations, the researchers were surprised to find that tailoring wettability and coupling it with the surface texture achieved antiviral surfaces.

Continuously tailoring any one of these parameters wouldn’t achieve the best results,” said Amit Agrawal, a co-author. “The most conductive antiviral effect lies within an optimized range of both wettability and texture.”

The researchers experimented to find the optimum condition of wettability and surface roughness in which the drying rate is the highest and, as a result, virus viability would be at its lowest. They tailored these factors to achieve maximum virucidal effects on the surfaces in the context of SARS-CoV-2.

The insights from this study are useful in advancing the fundamental knowledge in the field of evaporation dynamics of residual thin films, as well as the combined effect of wettability and surface texture on these properties.

Moreover, this study provides important data that could advance the fabrication of surfaces with virucidal properties. The development of these surfaces could be particularly useful in mitigating the spread of SARS-CoV-2 from contaminated medical and pathological laboratory equipment.

In the future, our model can readily be extended to respiratory diseases like influenza A, which spreads through fomite transmission,” said Rajneesh Bhardwaj, a co-author. “Since we analyzed antiviral effects by a generic model independent of the specific geometry of texture, it’s possible to fabricate any geometric structures based on different fabrication techniques — focused ion beams or chemical etching — to achieve the same outcome.”