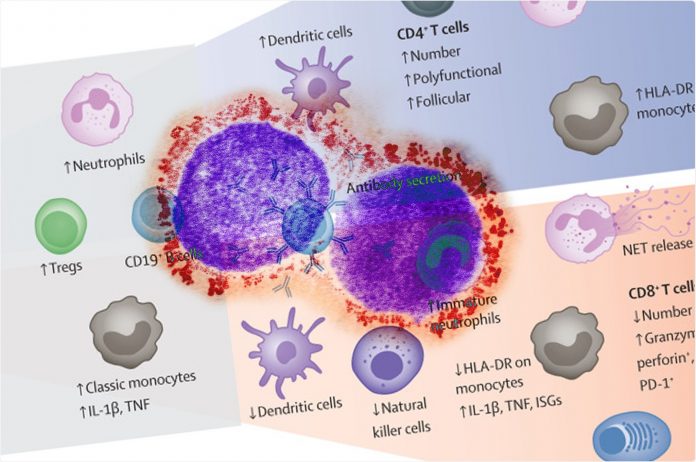 
In a review recently published in The Lancet Respiratory Medicine journal by Osuchowski et al. (May 6th, 2021) the currently known pathophysiology of COVID-19 is laid out to describe the mechanistic features that make COVID-19 distinct from many conditions previously thought to be similar.

Even given the unprecedented scientific scrutiny aimed at severe acute respiratory syndrome coronavirus 2 (SARS-CoV-2) since the beginning of the pandemic, the scientific community is only at the early stages of understanding the infectivity and transmissibility of the virus, the mechanisms behind the frequently observed acute respiratory manifestations in severe cases, and the associated lingering symptoms known as long COVID, the result of dysregulated immunomodulation. Some of the key points from the review are discussed below. 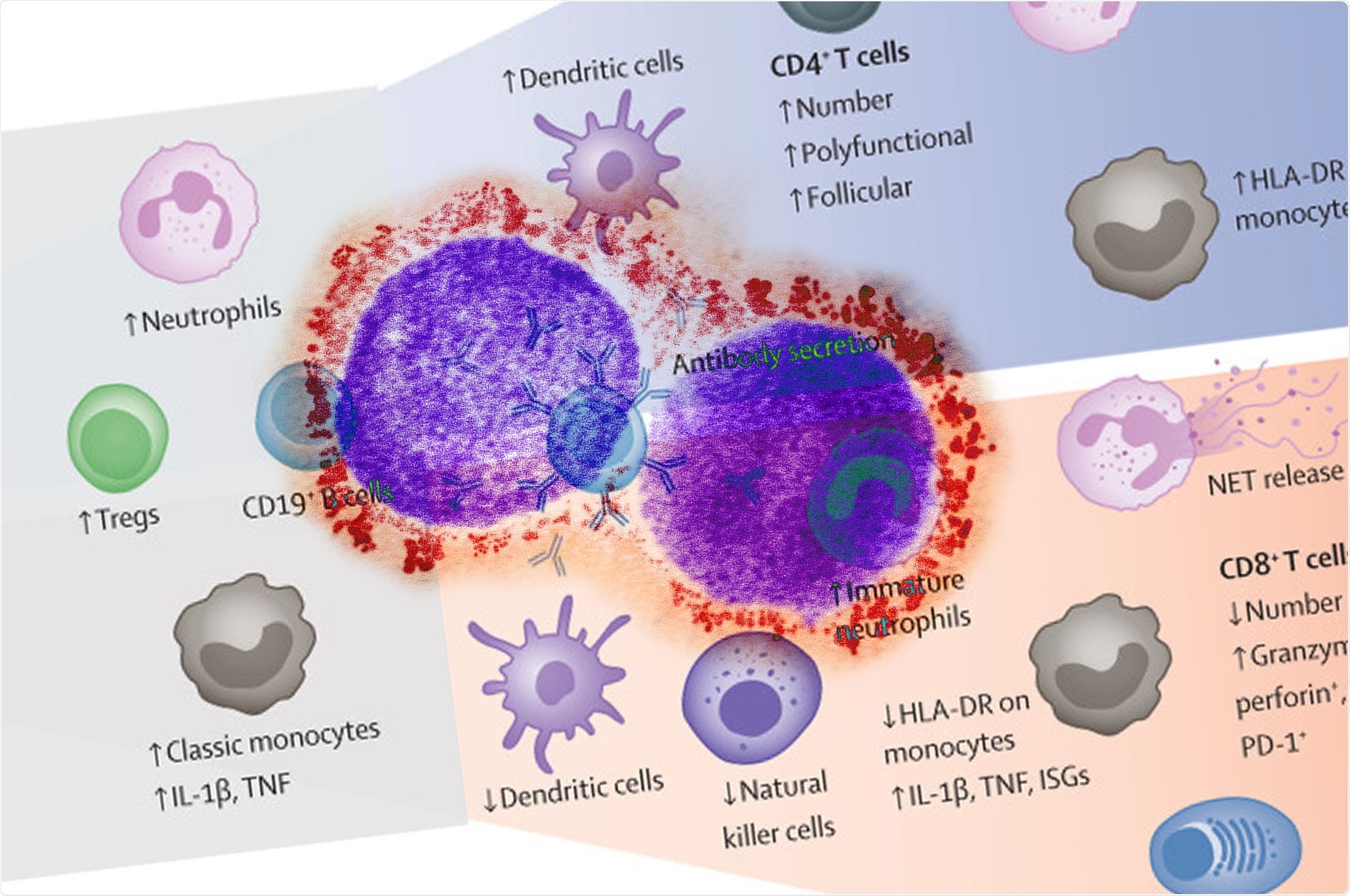 Comparison with other coronaviruses

The coronavirus family contains several human pathogens, with SARS-CoV-2 being genetically similar to SARS-CoV, and slightly less so with MERS-CoV.

The much broader transmissibility of SARS-CoV-2 is thought to be related to initial infection in the upper airways, with viral loads being observed to peak earlier than in the other coronaviruses.

There is a robust and long-term T-cell response to the SARS-CoV-2 challenge, and this has been shown to provide protective immunity from reinfection in most cases.

Antibody production is usually correlated to T-cell response, though an uncoupled response has been reported in COVID-19 as antibody response is strongly tied to disease severity, with mild or asymptomatic cases sometimes producing low or undetectable responses.

The authors advise caution regarding the commonly reported cytokine storm induced by COVID-19, stating that though an increased systemic response is not in question, it is in fact lower than that observed in acute respiratory distress syndrome (ARDS) induced by other causes.

Post-mortem studies of lungs have also found varying results and similarly raised cytokine levels are observed in influenza. The ACE2 receptor can also be more heavily expressed elsewhere in the body than the lungs, namely the small intestine and heart. Though studies have demonstrated that these organs are also affected, they do not bear potentially cytokine-related effects to nearly the same degree.

Severe COVID-19 is associated with many thrombotic events in the lungs, endothelial inflammation, pleural effusion, and pulmonary edema induced by an unusual phenomenon termed silent hypoxemia, where a patient has critically low oxygen pressure but appears to be in only mild respiratory discomfort. The reason for this condition is not yet entirely apparent, nor is the mechanism by which SARS-CoV-2 spreads from the upper to the lower respiratory tract, which tends to distinguish mild from severe COVID-19.

The authors describe two currently preferred theories: aspiration of virus particles released from the upper airway or direct infection of the lower respiratory tract via breathing.

In summing up, the authors declare that a new infectious profile is evident in SARS-CoV-2. Some older coronaviruses such as hCoV-229E or hCoV-NL63 (common colds) infect the upper airway and cause mild-to-moderate respiratory disease, while more highly pathogenic coronaviruses have previously been seen to settle further into the lower respiratory tract, resulting in more severe pneumonia and ARDS.

SARS-CoV-2 shares features of each of these subspecies, infecting the upper airways and then progressing into the lower tract and resulting in ARDS only in severe cases.

COVID-19 patients also exhibit heightened but variable levels of proinflammatory cytokines for a more extended period of time than those infected with influenza, though levels are often lower than those seen in patients with non-COVID-related ARDS. A dysregulated host response is associated with viral load the severity of disease, and evidence suggests that it is poor response control by the host that leads to severe COVID-19. SARS-CoV-2 appears to be associated with inducing this dysregulation and generates a unique and as yet poorly understood inflammatory profile.

Given the similarity of COVID induced ARDS to ARDS by other means, the authors deem many of the critical clinical responses employed for those with severe SARS-CoV-2 infection to have been appropriate, though also stress that COVID-19 should be considered a new entity with distinct pathophysiology and should be studied without preconceptions based on other diseases.

Future research prioritized by the group includes establishing the molecular basis for the lower pathogenicity observed in SARS-CoV-2 than SARS-CoV, and the development of precise predictive thresholds for disease progression.

Regarding severe COVID-19 and the development of long COVID, the role of pre-existing and acquired T-cell immunity in COVID-19 must be elucidated, and optimum anti-coagulative and immunomodulatory strategies must be developed to combat late-stage disease until better preventative measures can be put in place.

We forget that covid-19 is a new disease, never having been seen until late 2019, w/ different features than any prior illness. A truly outstanding review today on its pathophysiology https://t.co/8gx2w8r1xf @LancetRespirMed @osuchm and colleagues pic.twitter.com/WGIfI2nb9B