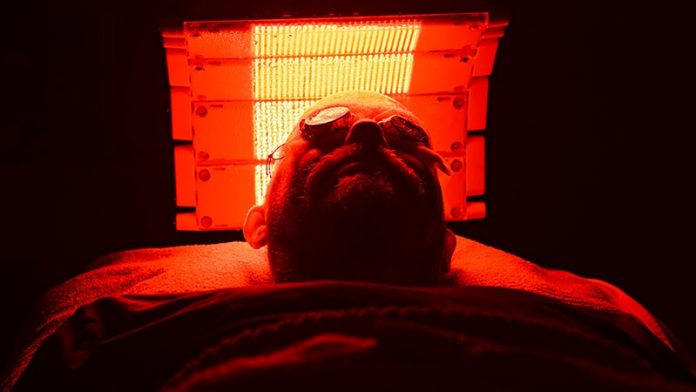 Those are two of 18 recommendations made by 14 members of the multidisciplinary work group that convened to assemble the AAD’s first-ever guidelines on the management of AKs, which were published online April 2 in the Journal of the American Academy of Dermatology. The group, cochaired by Daniel B. Eisen, MD, professor of clinical dermatology at the University of California, Davis, and Todd E. Schlesinger, MD, medical director of the Dermatology and Laser Center of Charleston, S.C., conducted a systematic review to address five clinical questions on the management of AKs in adults. The questions were: What are the efficacy, effectiveness, and adverse effects of surgical and chemical peel treatments for AK; of topically applied agents for AK; of energy devices and other miscellaneous treatments for AK; and of combination therapy for the treatment of AK? And what are the special considerations to be taken into account when treating AK in immunocompromised individuals?

Next, the work group applied the Grading of Recommendations, Assessment, Development, and Evaluation (GRADE) approach for assessing the certainty of the evidence and formulating and grading clinical recommendations based on relevant randomized trials in the medical literature.

“As a participant in the work group, I was impressed by the level of care and detail and the involvement of relevant stakeholders, including a patient advocate, as well as having the draft guidelines go out to the AAD membership at large, and evaluating every comment that came in,” Maryam Asgari, MD, MPH, professor of dermatology at Harvard University, Boston, said in an interview. “The academy sought stakeholder and leadership input in revising and revamping the guidelines. The AAD also made sure the work group had minimal conflicts of interest by requiring that the majority of experts convened did not have relevant financial conflicts of interest. That might not be the case in a publication such as a systematic review, where no threshold for financial conflict of interest for coauthorship is set.”

Of the 18 recommendations the work group made for patients with AKs, only four were ranked as “strong” based on the evidence reviewed, while the rest were ranked as “conditional.”

The first four conditional recommendations for patients with AKs include the use of diclofenac, treatment with cryosurgery over CO2 laser ablation, aminolevulinic acid (ALA)–red-light PDT, and 1- to 4-hour 5-ALA incubation time to enhance complete clearance with red-light PDT. The work group also conditionally recommends ALA-daylight PDT as less painful than but equally effective as ALA–red-light PDT.

In the clinical experience of Catherine M. DiGiorgio, MD, who was not involved in the guidelines, daylight PDT with ALA is a viable, cost-effective option. “Patients can come into the office, apply the ALA and then they go outside for 2 hours – not in direct sunlight but in a shady area,” DiGiorgio, a dermatologist who practices at the Boston Center for Facial Rejuvenation, said in an interview. “That’s a cost-effective treatment for patients who perhaps can’t afford some of the chemotherapy creams. I don’t think we’ve adopted ALA-daylight PDT here in the U.S. very much.”

The work group noted that topical 1% tirbanibulin ointment, a novel microtubule inhibitor, was approved for treatment of AKs on the face and scalp by the Food and Drug Administration after the guidelines had been put together.

“The additional treatment with imiquimod was thought to add both expense and burden to the patient, which negates much of the perceived convenience of using PDT as a stand-alone treatment modality and which is not mitigated by the modest increase in lesion reduction,” the authors wrote.

The guidelines emphasize the importance of shared decision-making between patients and clinicians on the choice of therapy, a point that resonates with DiGiorgio. Success of a treatment can depend on whether a patient is willing to go through with it, she said. “Some patients don’t want to do a therapeutic topical like 5-FU. They prefer to come in and have cryotherapy done. Others prefer to not come in and have the cream at home and treat themselves.”

Assembling the guidelines exposed certain gaps in research, according to the work group. Of the 18 recommendations, seven were based on low-quality evidence, and there were not enough data to make guidelines for the treatment of AKs in immunocompromised individuals.

“I can’t tell you the number of times we in the committee sat back and said, ‘we need to have a randomized trial that looks at this, or compares this to that head on,'” Asgari said. Such limitations “give researchers direction for where the areas of study need to go to help us answer some of these management conundrums.”

She added that the new guidelines “give clinicians a leg to stand on” when an insurer pushes back on a recommended treatment for AK. “It gives you a way to have dialogue with insurers if you’re prescribing some of these treatments.”

The guidelines authors write that there is “strong theoretic rationale for the treatment of AK to prevent skin cancers” but acknowledge that only a few studies in the review “report the incidence of skin cancer as an outcome measure or have sufficient follow-up to viably measure carcinoma development.” In addition, “more long-term research is needed to validate our current understanding of skin cancer progression from AKs to keratinocyte carcinoma.”

DiGiorgio thinks about this differently. “I think treatment of AKs does prevent skin cancers,” she said. “We call them precancers as we’re treating our patients because we know a certain percentage of them can develop into skin cancers over time.”

The study was funded by internal funds from the AAD. Asgari disclosed that she serves as an investigator for Pfizer. Several of the other authors reported having financial disclosures.

DiGiorgio reported having no financial disclosures.

This article originally appeared on MDedge.com, part of the Medscape Professional Network.